I’ve noticed, over the two and three-quarter years since my mother died, that I have not been noticeably more social or 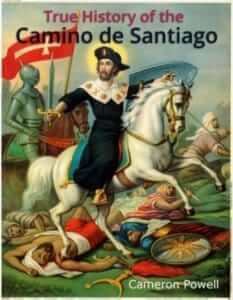 Original True History book cover. This book once had its own website! Well. Still does, but the pictures all disappeared in some hosting company atrocity and now it’s just sad.

outgoing than I was in the years before she died, when I was geographically isolated from close friends, sad, and sometimes depressed.

Now, why would that be? Did I get even more depressed after she died? Incapacitated, crippled, with grief?

Well, no. I am enormously productive. Also unlike a depressed person, or someone disabled with grief, I am highly motivated.

At least about certain things. Exercise has a harder time competing with my focus than at any time in my life. The work of finding a salary, or any kind of near-term income, has often wrestled for my attention. Taxes will once again be last-minute, at the final October deadline. Maybe.

I’ve been finding seemingly inexhaustible reservoirs of motivation and perseverance. Before my mother’s death, I had co-founded and worked part-time for a little differential diagnosis startup called Physician Cognition. For a year and a half afterward I worked way more than full-time for it, and then I spent waaaaay longer writing Ordinary Magic than I had predicted when I began, in August 2016. Making this poor prediction was probably a good thing.

There are other pieces of writing that have been underway as well:

Why make it free? Mostly so that there’s no barrier to people reading it, because inside it they will see calls to sign up for my newsletter, follow me on Twitter, and buy Ordinary Magic. This is an idea I probably first got from Nick Stephenson, one of a handful of indie writers turned book marketing gurus with a strong indie-author focus. I recommend his training. It’s useful, reasonably priced, and done by Nick himself, who will strike you as honest and earnest and driven, I suspect, by a love of helping people.

I’ve probably spent about half this year on writing and (mostly) revising Ordinary Magic, and the other half learning about book marketing, building a strategy for how and to whom to promote it, writing content, and even putting together some videos, like this 90-second teaser on our Camino adventure —

— or the full 24-minute film I amateurishly finished a few months ago, which really brings larger-than-life characters like my mother and Julio to riotous life: 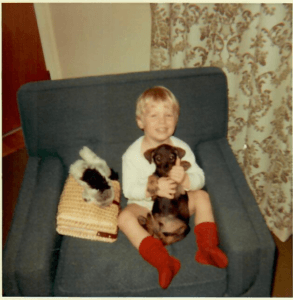 That’s it for now. I’d like to hear from you! If you have any questions or comments about any of the journey I’ve written about, or this new road of whatever comes after this book, or how I’m putting together the marketing plan that’s easily copyable to your own businesses, please comment in the margins. Probably a dozen other people are wondering the same thing . . .

View all posts by Cameron Powell →