The Story of Ordinary Magic

Ordinary Magic isn't a traditional memoir, chock-full of memories as modified years later by the mind's desires and the passage of time. Much of it is a real-time, you-are-right-there travelogue of a grand adventure, the Camino de Santiago, as taken from the original blogs and journals Cameron and Inge kept, on CaminoNotChemo.com, at the time.

What may be unique in non-fiction, however, is the author's use of the same contemporaneous artifacts - his journal as copied into that same blog - to dramatize not just a moving mother-son bond but how people really think and act during the passage to eternity we must all go through and yet know all too little about.

Mom kneeled to open a cabinet. “I want a sunny spot for my future,” she said. “I want some more moments of joyful recognition.” She stood. “A few days ago, on my German TV, I saw a movie and then a documentary on the Camino de Santiago. It’s a pilgrim path established over a thousand years ago. Just about five hundred miles long. Have you heard of it?”

In 2011, I was still among a large majority of Americans who hadn’t.

“The scenery was so gorgeous,” she said. “It’s in Spain. Old cobblestone paths leading to small, ancient chapels. Winding roads through beautiful forests, up hills past blooming lavender fields. Peasants sitting in front of their villas, waving or offering food or water. Mountains in the rising morning mist. People from all over the globe, walking, calling out ‘Buen Camino’. People who have walked this path say it hums with energy,” she said. “On the Camino, there’s a cross at the top of a mountain, an iron cross, where it’s said that people sometimes experience miracles. I really want to do this.”

She turned to put the kettle on as my heart sank. Miracles?? What could bring more crushing disappointment than to invest hope in the impossible? I couldn’t bear to see my mother suffer. Was this really a good idea?

When my mother was eight years old and living in Erlangen, West Germany, her appendix ruptured and had to be removed. My Oma spent some very scary hours with her at the hospital. This was in 1952. A nurse comforted Oma with the plain fact that no matter what happened to my mother, Oma would still have three other children. But forty-eight years later, the abdominal pain that stymied three doctors was skillfully put into context by the female doctor in Germany, who realized my mother’s pain could have come from the scar tissue left by the appendectomy. But the cancer still may have remained hidden if Dr. Gilham, her surgeon back in Colorado, had not decided to cut deeper on a hunch: I wonder why she’s always talking about her ovaries. That’s how they finally found the cancer, swelling her ovaries, Dr. Gilham said, to three times their normal size. Dr. Gilham also told me, in the waiting room, that her fallopian tubes had flipped upside down and kinked like a garden hose, possibly helping to slow the spread of the cancer.

Was is it really surprising that my mother held out some hope that even more statistical improbabilities, if not outright miracles, could be in store for her? What if this new hope of hers could alleviate more suffering than it caused? Could I really know what would be good and bad for her? No. It sounded like a great thing for her to do.

On a wooden tray my mother now placed the porcelain teapot, two tea cups, a colorful array of tea bags, agave syrup, whipped cream, and slices of a peach tart she’d just pulled from the oven. I followed her into the dining area and sat down at the table with her. Then she sprang her trap.

“Will you go on the Camino with me?”

Cameron created a blog and named it after something Inge had said to herself as she trained for her Camino in hikes around her beloved Black Canyon. 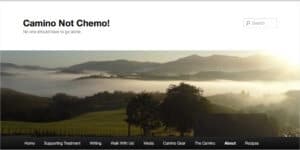 The original Camino Not Chemo blog 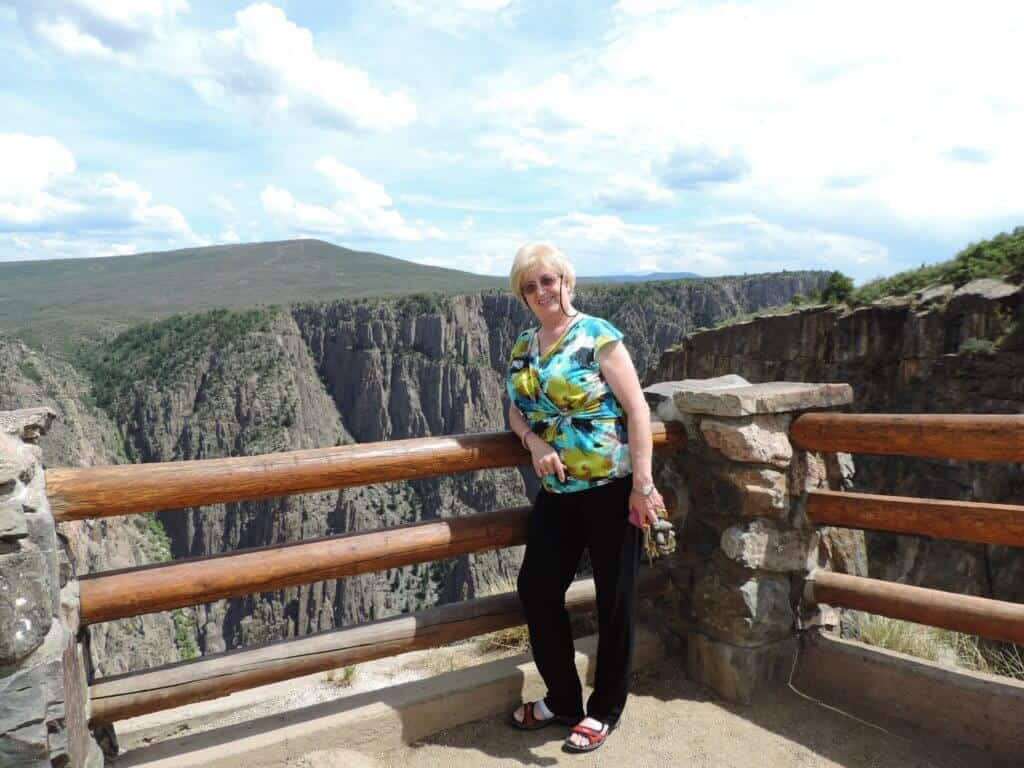 Inge at the Black Canyon of the Gunnison, Colorado